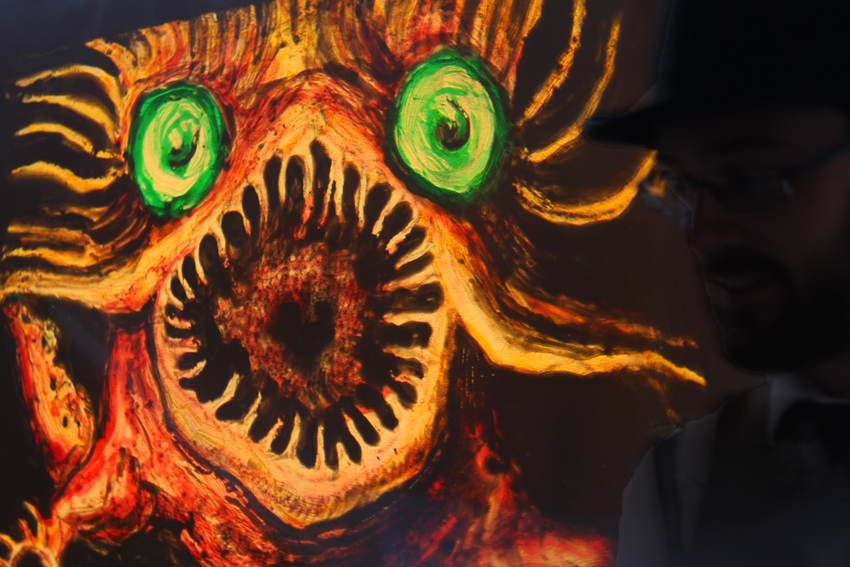 Here we see Algagon, the Mighty Earth Leech and Devourer of Caravans. Emerging from the sea, he would suck all that was good and vibrant from the surrounding shores, leaving nothing but baron shingle, rocks and sand all along the coast line. Some say he can devour an entire caravan park complete with clubhouse, shower block, climbing frame and outdoor swimming pool in a matter of hours.

Algagon appeared in our performance for Fuse Festival in the atmospheric George Vaults in Rochester on 15th June 2014.